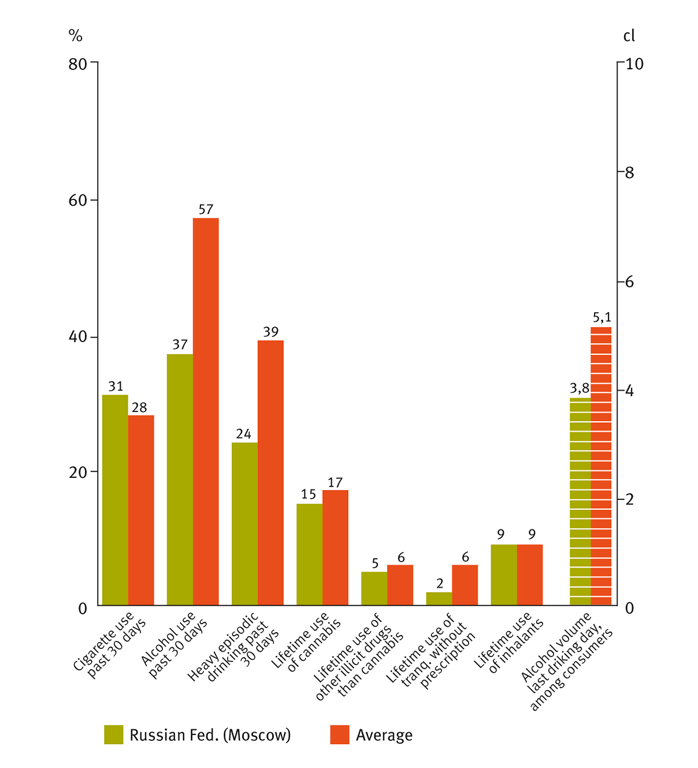 Students in the Russian Federation (the city of Moscow only) clearly report relatively moderate alcohol-use habits. Compared with the average for all countries, the results for past-30-days use of alcohol and for heavy episodic drinking are considerably lower. Russian students also reported a lower amount of alcohol consumed on their latest drinking day. Further, lifetime non-prescription use of tranquillisers and sedatives was also reported by fewer Russian students than the ESPAD average (2% versus 6%). Use of cigarettes, cannabis and inhalants were pretty much in line with the ESPAD averages. Apart from the alcohol-related variables, the main impression is that the students in the Russian Federation (Moscow) do not differ all that much in their substance-use habits from the average ESPAD student.