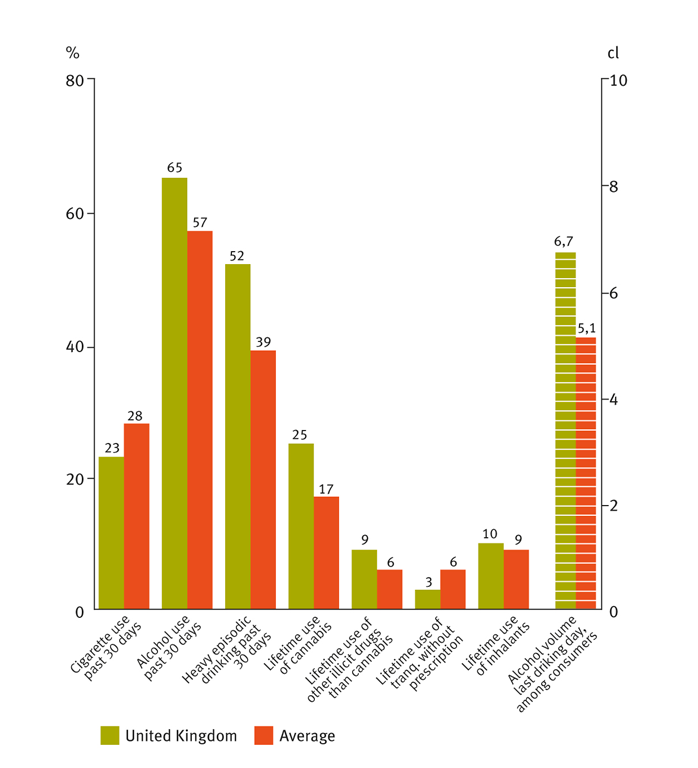 As a precautionary measure related to low school-participation rate, the comparability of the UK data has been deemed limited. The British students reported prevalence rates below the ESPAD average for two of the eight key variables studied: cigarette use in the past 30 days and non-prescription use of tranquillisers or sedatives. On five of the remaining six measures, the UK results were clearly above average. The difference was particularly large for the amount of alcohol consumed on the latest drinking day as well as for alcohol use in the past 30 days and heavy episodic drinking during the same period. The results for lifetime use of cannabis and of illicit drugs other than cannabis were also above the averages for all countries. In comparison with the other ESPAD countries, the overall impression is that the UK students seem to display slightly more extensive substance-use habits.