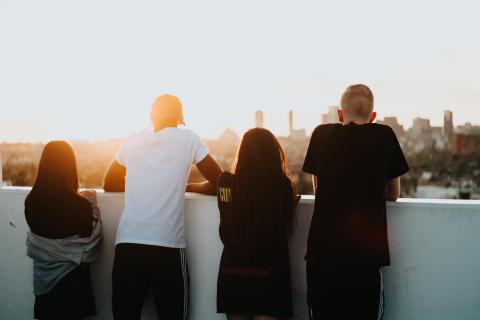 News release: Upcoming data on substance use and risk behaviours among school students across Europe

The latest European data and analysis on substance use and risk behaviours among 15–16-year-old school students will be released in a new report on 12 November. The findings are based on a 2019 survey in 35 European countries conducted by the European School Survey Project on Alcohol and Other Drugs (ESPAD). A total of 99 647 students participated in the latest survey round. The ESPAD Report 2019 is published in collaboration with the EU drugs agency (EMCDDA).

The report will be presented virtually at an ESPAD–EMCDDA webinar entitled: The European School Survey Project on Alcohol and other Drugs (ESPAD) — new results and stakeholder feedback’. Representatives from the two organisations will be joined in conversation by experts from the field of drug policy, research, prevention and parent associations.

ESPAD has been running school surveys every four years since 1995. Seven data-collection waves have been conducted across 49 European countries. The new data cover the use of illicit drugs, alcohol, cigarettes, e-cigarettes and social media as well as gaming and gambling.

The EMCDDA includes ESPAD data in its annual reporting on the drug situation and the two bodies cooperate closely to enhance understanding of long-term drug use trends in this population in Europe.

Details on the upcoming report (in English) will be available on the EMCDDA website and the ESPAD dedicated landing page. The ESPAD site will also include additional results from the dataset underpinning the analysis. All tables will be downloadable in Excel format. Registration details for the webinar can be found here.

Notes
ESPAD is a collaborative network of independent research teams in over 40 European countries and the largest cross-national research project on adolescent substance use in the world. The EMCDDA is a decentralised EU agency based in Lisbon which provides the EU and its Member States with factual, objective, reliable and comparable information on drugs and drug addiction and their consequences to inform policymaking and practice.