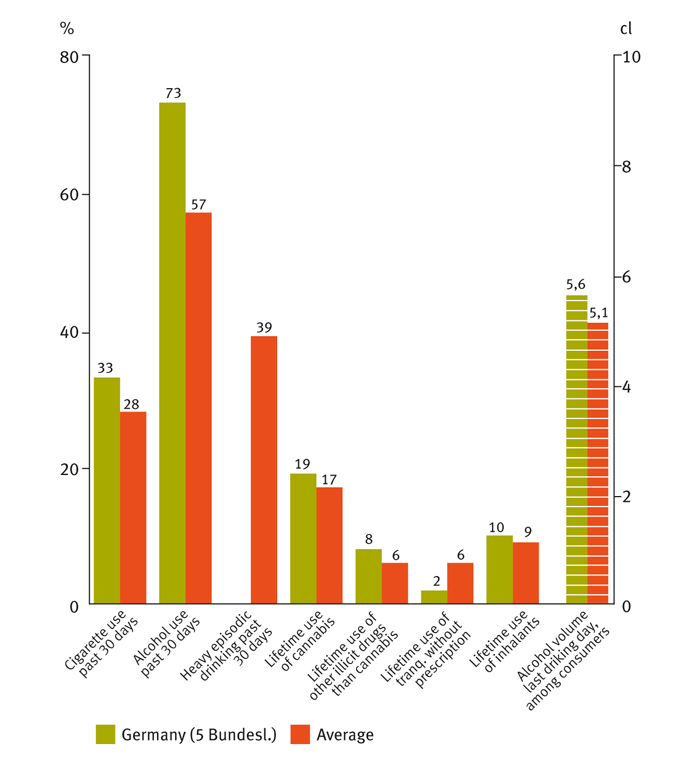 Lifetime use of cannabis, of illicit drugs other than cannabis and of inhalants was reported more or less in line with the ESPAD average by the German students in the five Bundesländer (federal states) that participated in the study, while non-prescription use of sedatives or tranquillisers was less commonly reported by the German students. Cigarette smoking in the past 30 days was reported slightly more often, and alcohol use during the same period was definitely more common in Germany than in the ESPAD countries taken together. Further, the amount of alcohol consumed on the latest drinking day was also slightly higher among the German students compared with the average for all countries. Unfortunately, it is not possible to compare levels of heavy episodic drinking since this measure has been deemed non-comparable for Germany. The main impression is anyhow, in the ESPAD context, that German students often tend to report slightly more extensive substance-use habits.