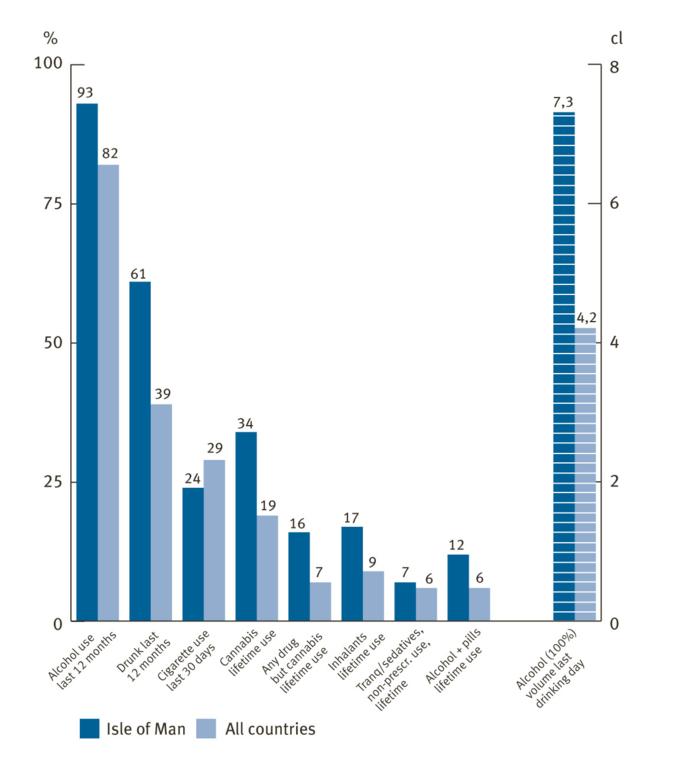 The results show that, by comparison, the Isle of Man scores high on most key variables, the exceptions being tobacco use and non-prescription use of tranquillisers or sedatives. Almost all (93%) students had been drinking alcohol during the past 12 months, and almost two-thirds (61%) had been drunk during the same period. The estimated consumption of alcohol on the latest drinking day (7.3 cl alc. 100%) is the second-highest among the countries included in this survey. Cigarette smoking in the past 30 days (24%), on the other hand, is slightly below average. One third (34%) of the students in the Isle of Man had used cannabis during their lifetime, and the proportion reporting use of drugs other than cannabis (16%) was more than twice the mean. Use of inhalants (17%) was also about twice the ESPAD average, and the same was true for the use of pills in combination with alcohol (12%). Non-prescription use of tranquillisers or sedatives (7%), however, was about average.