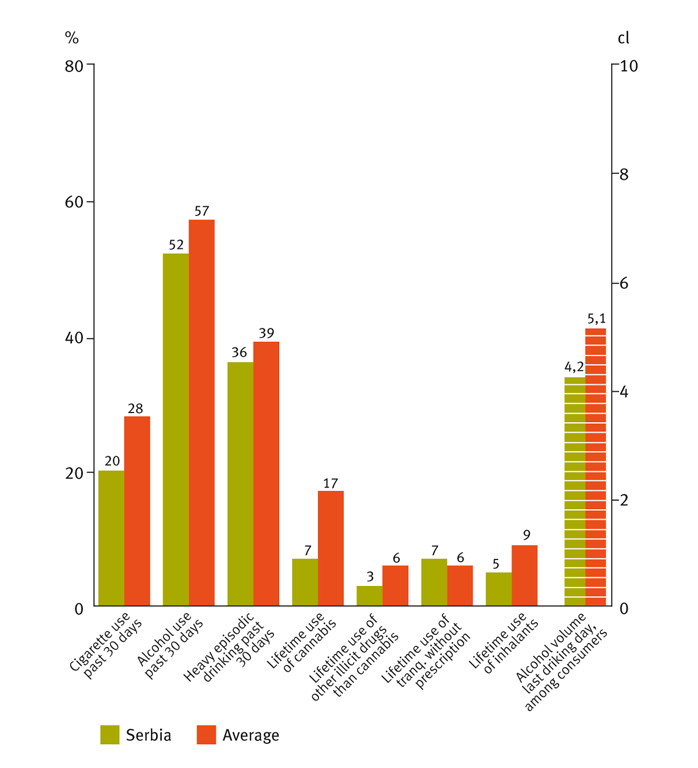 Of the eight key variables studied, Serbian students scored below average on seven. It was only for non-prescription use of tranquillisers and sedatives that the results for Serbia were in line with the average for all countries. Heavy episodic drinking during the past 30 days was also relatively close to the ESPAD average, while the other two alcohol-related variables were clearly below average. Particularly low results (rates of prevalence only half the ESPAD averages) can be noted for lifetime use of cannabis, of illicit drugs other than cannabis and of inhalants. The overall impression is that Serbian students display rather moderate substance-use habits compared with students in the other ESPAD countries.