Upcoming ESPAD Report 2015 on substance use among school students 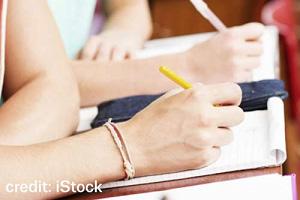 The latest European data on substance use among 15–16-year-old school students will be released next week (20 September). The findings are based on a 2015 survey in 35 European countries conducted by the European School Survey Project on Alcohol and Other Drugs (ESPAD).

ESPAD has been collecting data through school surveys every four years since 1995, the latest wave coinciding with its 20th anniversary. Special attention is given in the new report to new psychoactive substances, excessive internet use and online gaming and gambling, all of which were monitored for the first time in this survey round.

Published in collaboration with the EU drugs agency (EMCDDA), the report will be presented during the agency’s annual expert group meeting on general population surveys (closed to the press).

The EMCDDA includes ESPAD data in its annual reporting on the drug situation and the two bodies work closely together to enhance understanding of long-term drug use trends among this population in Europe.

The report (in English) and the full dataset underpinning the analysis will be available online at www.espad.org